First of all, a pocket knife, or folding knife is one of the very few knives you are legally allowed to carry out in public in the UK.
As we all know, our knife laws are very strict and if you are caught carrying an illegal knife you could be looking at some serious repercussions.

Furthermore, I would also like to add that the legalities of carrying a knife of any sort depends on the circumstances and the type of knife – a folding, NON-LOCKABLE, pocket knife is one of the few legal weapons you can carry around.

But you would be setting yourself up for big problems carrying one into a football match or to a concert, if you got stopped you could be in for problems,  no matter what you for an excuse.

I know the "law' says you can, but even that  wouldn't apply if you tried to take one in..

So, you see what I mean, it can also depend largely on the – ‘The Circumstances’…

So knowing whats legal carry and whats not is very important. What Constitutes A Legal Knife?

Because the blade must not be fixed and can only be opened by actually folding the blade out – a flick knife style blade that springs the blade out is not considered to be folding..

So for that reason, ANY type of assisted opening blade, like a flick knife is illegal.

What makes the Best Folding Pocket Knife for Survival here in the UK?

Below Is A Typical Example Of Superb Non Locking Knife

This UK Legal Knife is the Promithi PC02 Folding Pocket Knife and as you can see here, it is a nice and compact, well designed steel pocket knife. 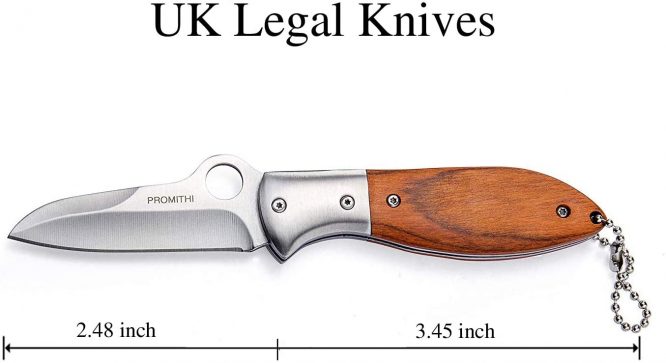 Above all this type of quality folding pocket knife is perfectly UK legal – this one comes with a nice belt pouch as well.

I especially like the wood handle scales, that's a nice touch – not bad for under £15 – a nice lightweight carbon steel knife and belt pouch… bargain.! 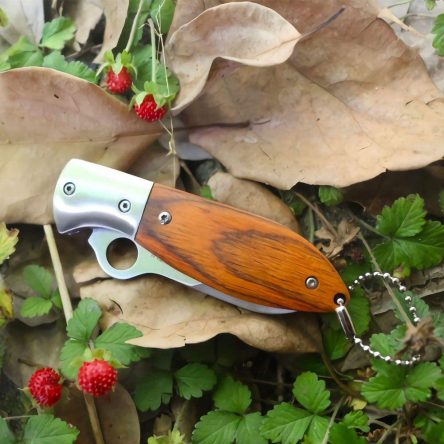 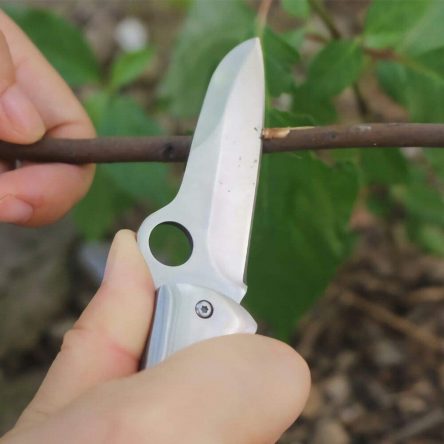 But, What Is The Right Knife For You?

Ask yourself this question
“what do I want to use my pocket knife for?”

If it's sole purpose is for opening the odd parcel or difficult envelope then just about any will do – even a cheap one, Blunt or sharp, it won't make much difference!

However, survival is a different thing altogether and if you will be using it for survival purposes then you you need to consider what these are.

EDC, hunting, skinning, cooking and even self defence. These are all considerations when choosing a new folding pocket knife.

Consequently a lot of people want their legal pocket knife to not only function properly, but to be a 'work of art' and will choose a handmade knife.

These really are something a bit special, and a pocket knife to be proud of.
Here's a few typical handmade Damascus knives below:

It is generally considered a waste of money buying a knife simply because it's cheap. The thoughts are it is made from inferior materials and will easily fail, normally when you need it the most!

But, fortunately folding pocket knives are relatively inexpensive, in fact a quality 'hand made' knife, using high end materials and steels will only set you back between £35 - £85.

I consider this to be good value for money, especially considering the quality and uniqueness you are getting in your knife.

When it comes to a more 'mass produced' knife, I have found the quality to be rather good.

In theory it is always better to go with a the tried and tested manufacturer.
But, when it comes to pocket knives, the build and material quality is normally a very high standard.

If, for some reason, you over work your pocket knife, you stand a chance of the blade getting damaged or even snapping.

Of course there's always going to be some inferior steel knocking around, but generally you will be fine as we are only talking pocket knives here, not rambo style hunting knives, where you hacking your way through the bush..!

The up side of all this is, pocket knives represent very good value for money. Even a knife costing just £5:00 will still be very good..!

Are You Looking For A Locking Knife?
See my article explaining about the lock knife here, or:
See Lock Knife Reviews Video and For Sale here

Finally, remember, carrying a folding pocket knife,  with blade under 3" that is non locking, is perfectly within the law in the UK.

Make sure you are aware of the updated UK knife laws: click button below to view:
​

It is illegal to:

Lock knives are not classed as folding knives and are illegal to carry in public without good reason. Lock knives:

It is illegal to bring into the UK, sell, hire, lend or give anyone the following:

Contact your local police to check if a knife or weapon is illegal.

Good reasons for carrying a knife or weapon

Examples of good reasons to carry a knife or weapon in public can include:

A court will decide if you’ve got a good reason to carry a knife or a weapon if you’re charged with carrying it illegally. 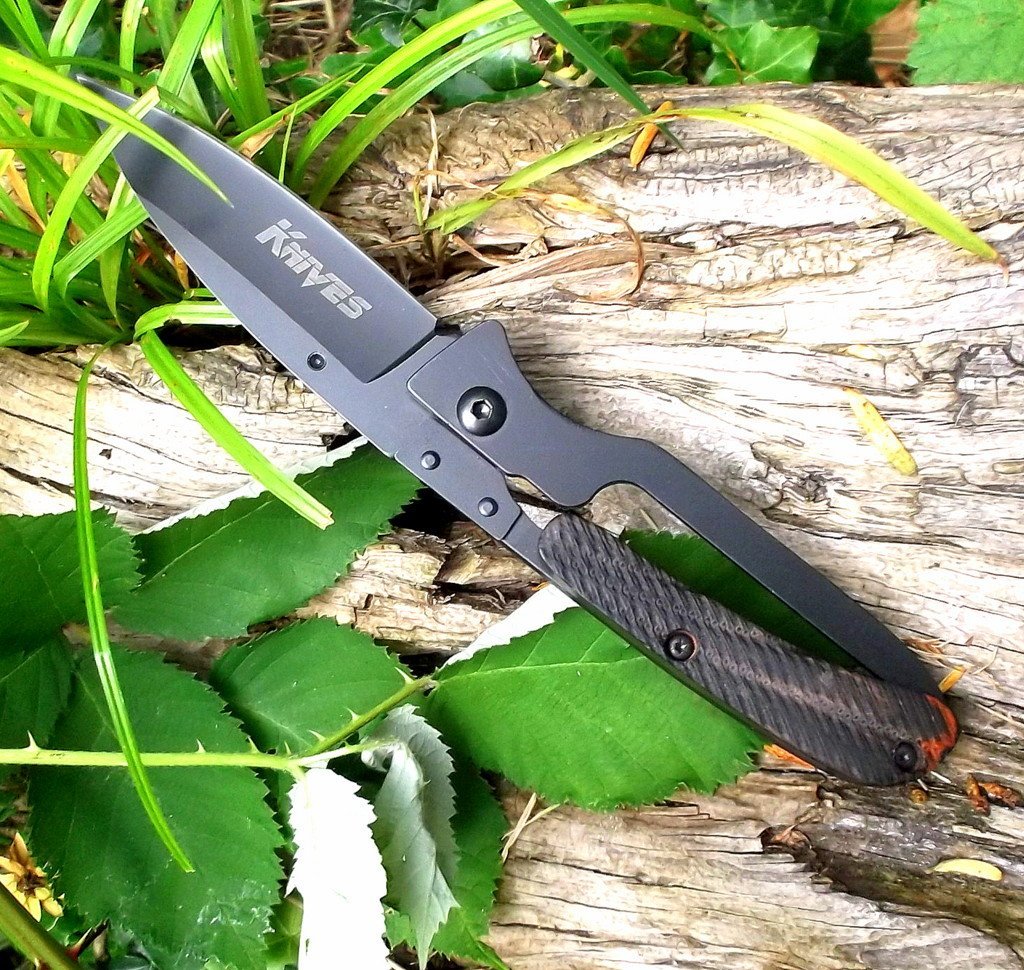