History of Prepping and Emergency Survival

A short  History of British Prepping

Since the beginning of time man has tried to predict and prepare for the disasters that can effect both himself, his family and friends. Natural disasters, floods, famine and through world wars, the citizens of various countries have  battled to overcome the doomsday scenarios that were bestowed on them. 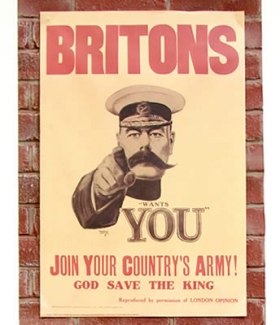 true survivalists in order to ensure their safety and their continued survival. Events like the Great Depression back in the early 1900’s have set the scene for more preparedness amongst people.

Natural disaster, stock market crash and many man made disasters have been narrowly averted in the past. We all learn from past events, both man made and natural.

But now, since the emergence of the internet, people have been able to truly see the extent of how fragile the earth really is and how quickly we could face a complete breakdown in society.

The stock market crash of 1929, the extreme threat of a nuclear war during the 1960’s and 70’s, the increase in naturally occurring disasters for many decades and right up to the famous Y2K bug that was predicted to bring everything to a halt.

All these type of things have brought on the increasing surge of a realisation that we must act now for future of our survival.

Preparedness in the UK is now on the rise too

Being in a state of readiness goes back to the world wars where Great Britain was subjected to extreme hardship, especially during the ‘blitz’.

Preparing for disaster were immediately implemented to ensure our survival – everyone had to be prepared to shelter, to wear a gas mask, to make their home as safe as possible and to be fully prepared for the worse scenarios that could happen to them.

Nowadays, these old school British preppers are thought of as Survivalists, who consistently and methodically ensuring they are ready if and when we are all faced with a breakdown in our society and the laws and order of the land start to fail and break down into what us preppers know as SHTF…!