The man has only been in office a short while and the world is already standing up and taking notice, and that very much includes us here in Great Britain, but how will Donald Trump affect UK prepping - will it be good for us or bad?

Well the short answer here is: Only Time Will Tell.

Simple as that really,​ what we will all be saying about the policies and changes made during the coming years will be interesting, to say the least.

To some, these are the most exciting political times to ​live through, to others it's a living hell..!

I think there are very few people just 'sitting on the fence' - everyone has an opinion these days.​ 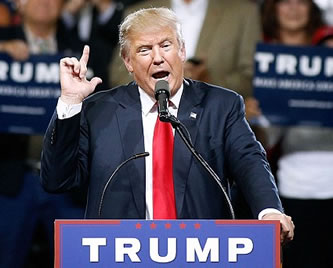 From the stuck up, mind-numbing, rich little mummy's boys​ and all those z-listed reality TV duck farts, they all seem to have an opinion.  Unfortunately these cretinous TV individuals do not represent the man and woman on the street.
Yet, state run institutions like the BBC for example, giving them air time to rant and rave in their normal biased way.

Now I know what your thinking, Donald Trump is a multi millionaire.  Quite right.​ Which simply means he cannot be bought and thus sell out to the multi nationals or given the 'royal' treatment that his predecessor had. I also see a mature man, seventy years old who has world experience and knows what it was like 20, 30, 40 years ago when people had a quality of life and pride in each other.  More importantly, everyone had basic morals and respect for each other, not like today.

As preppers we plan for avoiding riots and looting, we prep for defence and safeguarding our property and possessions​, we prepare to escape unsafe situations.  Prepping is a relatively new activity and maybe we shouldn't need to do this if we had leaders who will put in place measures to protect us? 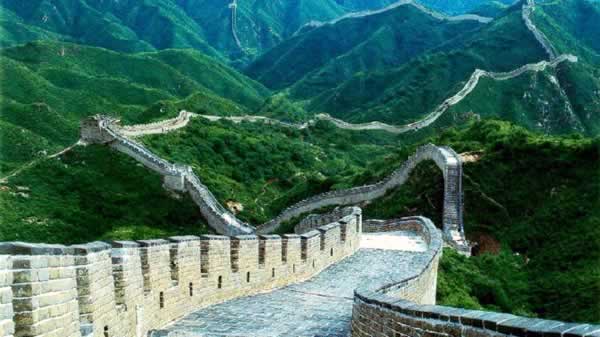 People have been building walls to protect their citizens for ages.

I consider myself an 'Equal Opportunity Offender'​ - that is. I will offend everyone in an equal and fair way to deliver my view in an equally unbiased way, to anyone who is interested to hear what I have to say.

I will also stand up for your right to say the same, and for your views to be equally and diametrically opposed to mine.​

What I will not do is harm you for simply disagreeing with me. I wont threaten you for having opposite views, and I wont gang up on you and force you to believe in what I say. 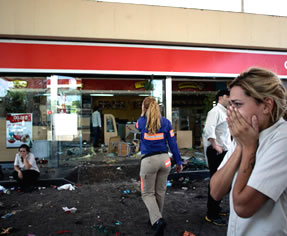 I believe in peaceful demonstration by the masses for the good of the people..​

Not demonstrating whilst looting and destroying peoples hard earned businesses and property.

Demonstrating by showing you have power in numbers, that 'we, the people' disagree with you, not if you disagree with me I'll burn your house down and shoot you.

As a fully time served, paid up, card carrying citizen of England and the Untied Kingdom, or Great Britain as I prefer to call us.​

I am now sitting back and watching, trying to decipher the actual truth from the shed loads of shite and lies that are being produced and distributed by the, so called, honest press and TV media.

A mission in itself, I'm sure you'll agree.

There's no such thing as a 'slow news' day in America.

Why?  Because of the simple fact that even the most boring piece of crap news will be blown out of proportion to sensationalize it to the Nth degree.​

It's done all the time here in the UK as well, we all know that, but the constant bombardment of incorrect and super biased news can and does have very profound effects on peoples views and choices.

For those of you old enough, here's possibly the most classic slow news day 'headline news' ever.​ 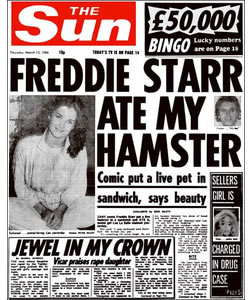 If I read something about what Donald Trump​ has said, or done, or reported to have said or done, I check it out.  The man is not going to do anything without consultation AND agreement AND approval of other senior governmental officials.

​So, in a nutshell, we can only come to an adult decision if we have the facts. Unfortunately it's hard work getting to the actual truth these days.

But the decisions and new laws and policies being put in place by the new Trump government seem very much to me to be, quite simply, old school.

No messing around, with a touch of 'if your offended, tough', get used to it, man up and be an adult. 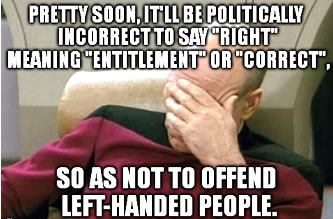 ​Here in Great Britain, we do have a good relationship with America, and for that I'm very grateful.
We also follow quite closely in the footsteps of our fellow US preppers. So what's their take on this new president who wants to make America great again?

Recently, both in America and Great Britain, we see that many preppers main concerns are that of a breakdown in society, a collapse of normal hierarchy as sides are formed, and thus the need to prep becomes more obvious, regardless of the views you may have.

Interestingly enough American prepping was at its highest during the eight year Obama Reign.​  Policies and dubious actions during his time kept American preppers very much aware of the need to prep.  In a nutshell they were afraid for their safety and way of life.

I think, to be honest, we are too. Here in the UK we have a very, very weak government.
Spineless individuals, embarrassingly politically correct and unable to stand up for the British citizen.​

So, to some extent we are still in the Obama era here in the UK.  British preppers are still hard at work., beavering away prepping for the unknown with a government that is actively giving in to just about everyone and everything.

However, the American people have chosen Donald Trump​ to be their leader.  Like it or not he certainly appears to be a tough cookie, an old school tough cookie that wont take shit and certainly has the balls to say it how it is.  A lot of Americans can't handle that fact.  So much so that they too are prepping, thinking the man is going to start WWIII...!

The more preppers the merrier I say.

​But, we are somewhat fortunate here in Great Britain, to be able to stand on the sidelines and watch it all unfold.  Somewhat unfortunate, however, that our leaders do not grow a pair and follow suit.

Please feel free to leave your comments below: