The Bug Out Bike – Bicycling Survival When The SHTF.

The Bug Out Bicycle 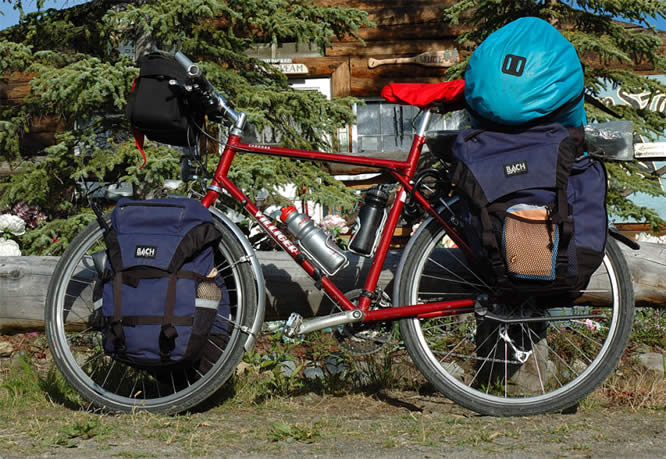 Even when you are comfortably pedalling along, a bicycle is still three times faster than walking.

That means you would take an average of 3 hours to walk 10 miles as opposed to only 1 hour using a bike.

In fact, a half decent rider can easily reach speeds of 17 - 20 mph with relatively little effort, even weighed down with survival gear.

The average walking speed is 3-4 mph, but slows down considerably if your carrying weight, especially carrying a fully loaded bug out bag.

By using a Bug Out Bicycle you don't actually carry any weight on your person - the load is spread out throughout your bike. 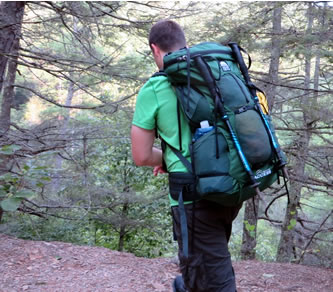 Take a look at the map below:
Liverpool to Doncaster - 96.9 miles in 8 hrs 45 mins...
If you preferred method of Bug Out is using a bicycle then it offers a very good means of escape where you can cover some serious distances in quite a short time.

If you pack your Bug Out Bicycle in the same manor as a your Bug Out Bag, you always have the option to transfer the load and go it on foot if the terrain becomes unmanageable.

What are the pros and cons
of choosing Bicycling Survival when The SHTF?

Based on the amount of load you can carry in comfort and the long distances that can be covered, a Bug Out Bike becomes a very viable method of escape form a SHTF situation.

Of course, to some extent, the actual type of disaster situation can dictate the mode of transport required for a successful getaway.
It may not be possible to use public transport or even your own vehicle, the roads may be too crowded or blocked and impassable by car.
If your plan is to be moving away from you safe home, and bugging out is your final option, then you must of pre-planned for this scenario.

Considering a Bug Out Bike is not such a bad idea.

The bicycle has always been used to carry supplies ever since they were invented, and they came in very handy during war time as an essential means of transport.
A bicycle that has been modified to carry a load is know as a 'Freight Bicycle' and we see them all the time - from a simple basket added to the handlebars for carrying your shopping home, to a modded and tricked out passenger carrier like this:

So is the idea of using a bicycle for your Bug Out transport a good one? 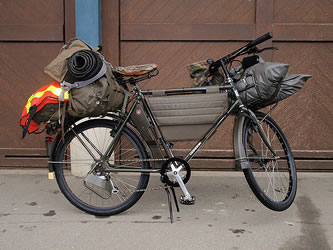 Most preppers will choose Bugging In over  full on Bug Out any day, but if you had to go, I think anything is better than going loaded down, on foot.

Carrying even a lightly loaded B.O.B is dam hard work, especially if you are not used to it or haven't trained to walk distances with a loaded rucksack - it is not easy.

In fact I would say that for most people it is nigh on impossible!

I am not saying that lightly either - don't believe me? - Then go out and try to walk 5 miles with a relatively small rucksack, say, a 40ltr one, with your main gear loaded inside.

You will soon begin to see the effects of even that small extra load, and if the terrain is rough or wet and muddy, then your really going to feel it...!

Converting Your Ordinary Bike Into A Bug Out Cycle

One of the first things to consider is the fact that your NOT planning to go extreme mountain biking.

You will generally be avoiding trails with jumps and rough terrain, and your not planning on road racing and whizzing along at silly high speeds.

So just about any bike will do the trick, and it is possible to add several types of carrying methods to most bikes that will give you a perfectly adequate Bug Out Bike.

That also means that you don't need some special type of high priced bike to do the job.

However, most modern bicycle frames and parts are pretty robust and can withstand a lot of abuse.

Yes they can and do fail - like in the photo below. 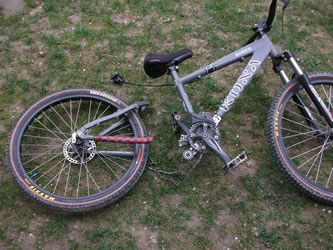 But the level of abuse you will be giving your bike is no more than everyday riding - it should easily last and go on for ages.

So, if you do not already own a medium to good quality mountain bike, Then get one now.
Hanging around and waiting for things to go wrong is not a good idea - by prepared and start looking now.
Remember, before the motor car, a bicycle was the best type of personal transport, especially on hard roads - even better than horseback.

If the SHTF and a simpler life was suddenly forced onto you, your bike would be worth a hell of a lot more than that broken down Roll Royce.

You do not need to spend fortunes either. Ebay is a great place to pick up a quality, second hand, 'run in' mountain bike.
You don't need something special - your dealing with metal parts here that can take a lot of abuse - so by their very nature, they will last.

Setting Up Your Storage

A heavy duty carrier should be fitted to the rear of your bike.

This will give solid support for a top pannier and a pair of side panniers to be fitted.

These carriers are fully adjustable and will fit most makes.

Rear double pannier bags are now giving added storage:
These are the various types that can be used and go across a carrier frame, clipped or strapped in position they can be removed and carried by hand.

Finally you should add frame and Handle bar storage bags:

These will give extra room for more survival kit to be carried.

Each storage area acts the same as a rucksack, with large spaces for your bigger kit like sleep bag and shelter.

While the smaller sections are ideal for cook kit or wash kit.

These simple add-ons are very easy to fit and will give you a lot of storage space for Bug Out equipment. In fact, you'll have more room than a Bug Out Bag would offer, but with no weight on your shoulders.....

What Can Go Wrong?

A bike is not complicated - in fact, it offers the ultimate transport with simplistic engineering.
But it still requires some love and attention to keep the wheels rolling along.

The more load you put on it, the more it is likely to fail.

Tyres will wear quicker and be more susceptible to tears and punctures.

Wheels can buckle and rims deform, making it un-rideable.

But all is not lost - simple maintenance can prevent a lot of problems.

Wheel spokes can be tightened to give strength to the rims and help resist added loads.

Carrying an emergency tyre filler foam will help seal punctures, and of course the trusty WD40 will keep everything running smoothly.

Carry spare chain links and most importantly, carry a bicycle tool kit - something that will fit every nut, bolt and Allen key fixing on the whole bike.

But, without a doubt, the weakest link is the tyres - so carry a spare inner tube, foam filler, duct tape and some cable ties - you should be well covered then!

For those of you who haven’t ridden a bicycle in a long time, it’s going to hurt. In places where it's the most sensitive as well!

Unfortunately, the next time you hop on the saddle, your in for a shock - its going to hurt even worse, and be rather sore, again. But it's not going to kill you, and it will get better quite fast.

As a non rider you will definitely have a sore backside,  as well as sore knees, sore arms, and a sore neck. In fact, just generally sore!

But it wont last for too long as you get used to it, you'll adapt and be glad you chose the Bug Out Bike as your number 1 option for escape...

The more you can do to make things easier, the better condition you will be in when you reach your point of safety.

A Bug Out Bike is something I am seriously considering as both my wife and I cycle quite regularly and we are proficient at woodland trial skills - maybe a future project, hopefully sooner rather than later.! 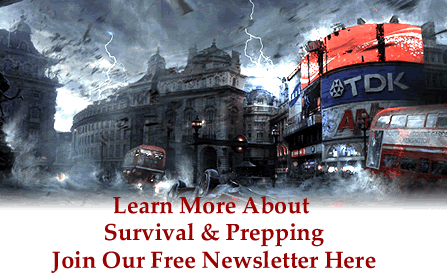