What is a Prepper

What is a Prepper 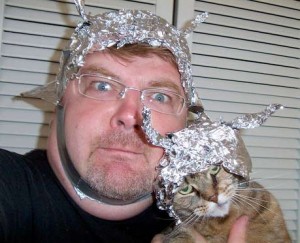 Quite often someone will ask 'What is a Prepper'.?

Are they really the tin foil hat wearing loonies waiting for aliens to land or a melt down in society so they can sit and eat one of the 10.000 packets of extra protein biscuits they've hoarded over the last five years....

Well, actually... No there not that at all.

When someone asks 'what is a prepper', the simple answer is that a prepper is a person or group of people who, based on facts and scientific research, feel that the world could very easily grind to a halt  considering the very fragile state of the earth and society in general..

These fears are based on the possibilities of many different scenarios that would cause a total collapse of society.

A prepper has a simply moto:    Hope for the best, but prepare for the worse

A typical concern for a prepper is a disaster such as Solar Flare, EMP, Nuclear War, Economic Collapse, Pandemic, Meteorite collision and lower down on the list are things like, Tornado, earth quake, flooding etc.

So maybe there not the Tin Hat wearing loonies after all..!

Perhaps it might be quite a good idea to get in a few extra supplies... just in case SHTF.

Just stop for one moment and consider what you would do if your lifestyle was disrupted by something completely out of your control.

Something as simple as a fuel strike - now we have seen what a few days fuel shortage scare can do to us here in the UK - in a word -PANIC...!

There are, of course, your standard, run of the mill, loonies that take things way too far and become obsessed and manic with the many doomsday scenarios that are banded about these days.

Some even believe that Zombies are going to appear from nowhere and head straight for them..!

Then theres the TV programs going around and on YouTube showing the more extreme extent some of these people go to. Just another example of the hype that causes the confusion over who these preppers really are.

Typically aimed at the American market these shows give you the best of the worst, preppers who arm themselves with tanks and underground bunkers and their over the top attitudes towards the whole prepping thing. These are not you typical American prepper. An American prepper is much the same as us British in their approach and in many things they have a far better choice of equipment.

But most UK Preppers take a much more relaxed attitude to the whole prepping thing - pretty much the same as us British  do to most things really - But within that relaxed attitude is a lot of common sense from a lot of people just quietly prepping away merrily and not making a fuss about it.

So maybe these preppers could be right, getting in a few extras, a little bit here, a little bit there and building up a small stash of essential items - "you know,  just in case"... One of our guest post by The Prickley Prepper says a lot of truths about what is a prepper - take a look at his guest post here.

Hopefully that answers your question of 'what is a prepper', so for some more prepping information, take a look here at this other article on What is Prepping and find out some more interesting facts and figures.