As a UK Prepper you may think we don't have enough sunshine to use solar power effectively - well think again folks - the amount of daytime sunshine hours is more than enough to provide the power you need to run essential survival equipment.

Using a simple Off Grid Solar System suitable for usSurvival Preppers is quite easily achieved, and the best part is, it's not that expensive.

If you have ever had a power cut then you'll know just how frustrating it can be. For those of us who live in rural areas these power cuts can become quite often - as a result you learn to adapt and prepare for when they happen. Fortunately they only last an hour or so. But what if you power was gone...
A complete loss of power for days or weeks or more - would you be prepared for that.?
What about if you were forced to bug out and just get away from a disaster area.?

What Do You Need To Give You Power? 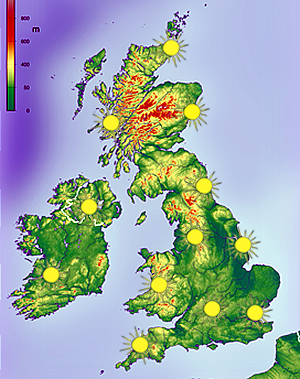 As a prepper it is essential to look at the various Off Grid Solar Systems that are available for Survival.

Cost plays a huge part in what is practical and what's not. If money wasn't an issue then you could run just about everything from the sun and provide power for you heating, cooking, lighting and everything else, but slowly as technology improves the cost of being able to produce solar power is getting cheaper and cheaper.

However, theres always an alternative and preppers know that you have to be able to do things yourself to survive, so making  a DIY solar system is within most preppers abilities. A solar heater for your hot water is far more easier than you would think as is providing electrical power for the most essential items. 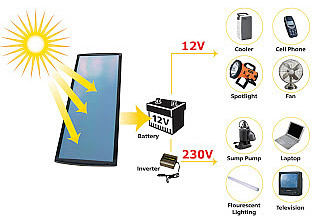 PV cells do not require the direct sunlight to work – and are able to generate some electricity even on a cloudy day.

The PV cells convert the sunlight that falls onto their surface into electricity. That electricity is then used to run your household appliances and lighting. 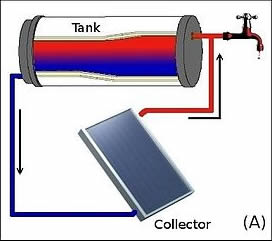 The solar panel is a water filled heat collector where the water is heated via the sun. This collector is heavily insulated against any heat loss and also painted in black for maximum heat absorption.

The system shown here uses no electrical power and works on the age old gravity system whereby hot water rises and creates a natural flow around the the system. 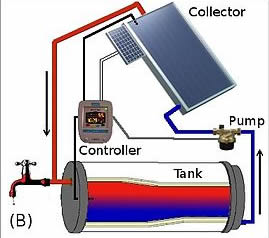 This system works using a pump to create the flow around the system due to the collector being above the tank.

All the components to make these systems are readily available and there are many different adaptation of the basic design, but the principle is always the same

These off grid solar systems are ideal for preppers and would make like a lot better if you decide to bug in. You can keep the essential items running especially on the 12V system.

However, what happens if you decide to bug out.? There are still plenty of solar power equipment to make your bugging out life easier - take a look at what's on offer for solar powered bugging out here.