Ebolanoia  By Stefan Mudry from Finca Bayano in Panama 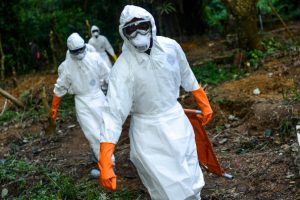 Asking whether Ebola has originated in a laboratory does not make sense at all; there would be no answer. But the fact that a deliberate creation of such bioweapon cannot be ruled out, illustrates the crazy times that we are living in.

On the other hand, the current Ebola outbreak might be a fake.

Maybe the reason for this hides behind certain companies that want to see their shares spike, when introducing vaccines out of the blue. After that, the sickness might vanish like swine flu did before.

We have now been facing Ebola news for over half a year.

As long as distant Africa was concerned, only very few gave it serious attention. Liberia, Guinea and Sierra Leone are not exactly the most desirable holiday destinations. Honestly, who wants to go there? But if those places are so dangerous, we certainly have to wonder why flight connections to West Africa have not been cut off ‘in time’. 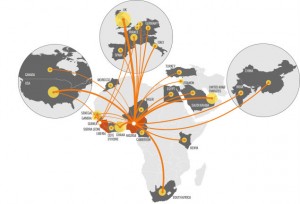 The mass media assumed that, as a result of such measures, the disease would be spread across international land borders.

Had flights been cancelled, the majority of air travelers would have stayed at home without spreading any virus – at least not at international level.

Such people do not divert to bicycles or canoes, to cross land borders, if their plane cannot take off.

Others, who make their living close to the border, by smuggling or legal trade, would certainly have reduced their activities, in the presence of Ebola, rather than pushing them.

Thus, mass media statements, regarding the suspension of air traffic, are devoid of any logic.

In this context, it’s interesting to look at Ivory Coast which remains untouched by the ‘Ebolanoia’.

This country’s border is more than 1,500 miles long, half of which runs along so-called ‘Ebola areas’. People who have been in Africa – off the tourist trails – know that there are no fortifications along the borders, apart from the crossings.

Fences, walls or watchtowers simply do not exist, however, without such facilities there’s no way to control those areas. But it must be pointed out that border regions make trading particularly attractive, since price differences on both sides are worthwhile.

Commuters do not have passports and they do not necessarily use official crossings. They cross anywhere, and they would cross with Ebola, as a part of their baggage, if the disease really would be as widespread and dangerous as reported.

In other words: Ebola would long have crossed the Ivory Coast border, a line that only exists on maps. Hence, there must be a reason why this country has been spared from this sickness so far, since we have to assume that ‘big things’ do not happen by chance.

At the same time, the frontier between the United States and Mexico, which until recently would have sustained comparison with the Berlin Wall, has become a Swiss Cheese, ISIS takes over the Middle East with a couple of pickup-trucks and Putin is planning to deep freeze Central Europe in the coming winter. Obviously, it was easier to fool us before the internet existed.

Back then, even planes could have vanished without too many of us questioning the circumstances.

So, why would an Ebola outbreak be staged at this point in time?

Is it because of the systemic crisis?

A possible conclusion is that a pandemic could solve several of the governments’ major problems at the same time. Hardly anyone would take part in a demonstration, in order to avoid an infection; gatherings possibly wouldn’t even have to be prohibited.

Furthermore, emergency legislation could be enacted with less resistance, a measure the majority of the population would probably welcome in the face of insecurity. This way, it would be easier for the ruling class to control the masses in times when civil disobedience could be expected.

Ultimately, the citizens’ attention would be distracted from other issues. The assumption that an Ebola outbreak might be a fake, however, is anything but an all clear signal. 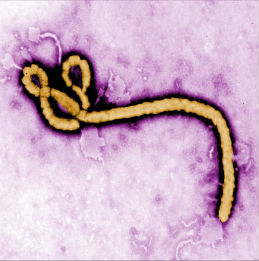 After all, the worst may still be ahead:

A forced general vaccination, an injection that might include substances beyond our control.

It would be a good thing, in this case, to have a doctor at hand who is willing to confirm a vaccination that has never been administered.

The talk of the intended reduction of the world’s population is getting louder. Ignoring it would be naive.

There is a source that has published a CNN video about the Ebola crisis in Liberia. 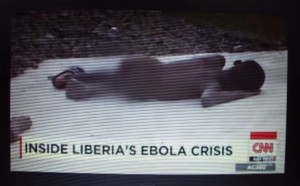 Interestingly, at minute 0:30, a supposedly very sick man drops himself out of a bus.

He shouldn’t have that kind of energy any more, would he be as ill as pretended.

Besides, when he drops himself out, he still makes sure that he wouldn’t hit the ground too hard, since he doesn’t want to hurt himself.

The fact that he is not wearing pants is not mentioned, though the sense of shame of modern Africans is way more distant than that of Westerners.

Even more ridiculous is the appearance of a little boy that joins the scene from minute 1:01.

He throws himself down as if he had been instructed to do so; and most probably he was. In fact, both man and boy, do not look like being infected with Ebola.

Here there are photos of people who obviously suffer from the disease.

It has been reported that CNN had to remove the video from their website because viewers considered it to be a fabrication.

Of course, I cannot guarantee that this video is genuine.

Ebola, ISIS, no gas for Central Europe in the coming winter, and a number of other things being quickly pulled out of the hat, might soon intensify the magnitude of the current crisis.

Emergency legislation may be passed over night, mobilization could be decreed over the weekend and declarations of war might be the result.

Along with all this confusion, we might see a forced Ebola vaccination.

Whether this approach is too pessimistic is left to the readers.

At Finca Bayano, those things don’t bother us too much.

Although the world’s problems are becoming tangible through the internet, the rather big geographical distance to the trouble spots provides a certain comfort.

A forced vaccination, in particular, may certainly be avoided way easier in Panama than in other parts of the Western World.