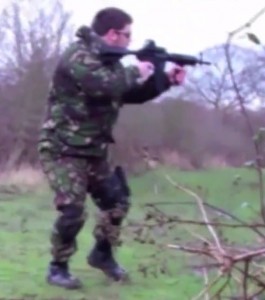 I’ve been looking at these Force 8’s boots for some time now as the need for a new pair of multi purpose boots was well overdue.

Straight Out of the Box:

The first thing I noticed was the weight, or rather lack of it.  Weighing in at just under 760 grams per boot these are less than half the weight of my current steel toe plated work boots.

With the added bonus of the side zip for quick donning and doffing.

Now I have been fairly sceptical of the side zip as I am a professional at breaking zips and laces do to my preference of a tight fit, so will the they be strong enough to withstand the abuse, find out further in the review.

The traditional steel toe cap and sole plate has been replaced with a much lighter composite plastic however this doesn’t sacrifice any protection and still comes with the EN 20345 rating for safety footwear with SRC slip resistance.

Its also scanner safe so no embarrassing moments at the airport.

So if your favourite past time is stepping on broken glass, nails or dropping a fridge on your foot then these are definitely the boot for you. 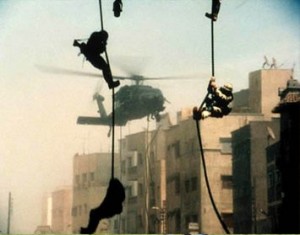 Another thing that catches the eye is the ribbed section between the heel and ball of the boot, these show the military origins of this boot and are for braking whilst fast roping down a building or from a helicopter, not something many of us will do on a daily basis but perfect for military service personnel.

The ribbed area will also protect the side of your boot from wear due to friction.

A slight disappointment is the removal of the lace storage on the upper tongue which I felt was a brilliant addition to past Magnum tactical boots.  Back to tucking them in but this really is me being overly picky, also no hoop on the rear ankle section of the boot to assist in pulling the boot on which I’m a great fan of.

The heel plate on the rear of the boot is extended in height to prevent damage due to lazy doffing, ie non handed boot removal and Magnum have even stitched a hard leather kick plate to assist in this method.

As far as the tread goes there’s certainly plenty of it.

Lack of grip is not something you would normally associate a Magnum boot with so good to see there’s no change here, still looking as grippy as ever with the oil resistant and anti slip properties seen on previous boots but more on the grip once I’ve got them on and gone for a hike and put them through their paces in an Airsoft game.

Although this is marketed as a safety/tactical boot the leather is soft and supple excluding the toe cap for obvious reasons but its flexible yet strong at the same time.

The neck of the boot slopes away at the rear of the boot removing the usual chafing I’m used to on a tactical boot, nice touch.  Nice padding around the ankle making these supremely comfortable.

Its great knowing I don’t have lace these up each time I put them on which brings me to a small but pleasing find.  The laces are not smooth and are more rough and strong meaning when you pull them tight through each of the lace holes it does not immediately slacken off which really irritates me.

All in all on first inspections this really does ooze quality and comfort coupled with the knowledge that should I unwittingly step on a nail, or drop something on my foot, my first thought would be if I’d scuffed them instead of heading for A&E.

I’ll be using these at work in a warehouse, as well as the office, and I’ll also put these through their paces at an Airsoft game and see how they work as a proper tactical boot crossing tricky terrain, climbing through windows and crawling through a ditch to see how well they fare there.

Well after a great days Airsoft courtesy of Airsoft Plantation in Essex I can let you all know that these boots really are fantastic.  To say it was wet and muddy was an understatement as you can see from the video review.

As far as the waterproofing goes there is no need to worry, not one drop entered the boot despite being up to above the ankle in water, other than user error ie misjudging the depth of a puddle, serious Vicar of Dibley moment there although luckily not caught on camera.

Support is top notch and really inspired confidence in jumping over ditches, climbing muddy slopes and crossing tricky terrain.  You really feel like you can do anything and these boots will take care of you.

Comfort was something I thought may have been compromised due to the safety orientated style of boot however I’m happy to say they far exceeded expectations, they are genuinely brilliant, also my feet always felt warm but never sweaty.

For the safety side I did test the composite plastic toe caps quite a bit in the warehouse and can safely say there are no problems there, even from a washing machine being dropped on them.

These boots did require a bit of breaking in however nothing major, no blisters or sore feet. I’d go as far as saying they were very comfy straight out of the box and just kept getting better and better each day I wore them.

These definitely are a great pair of boots and should be part of your kit, they aren’t cheap but they are also not the most expensive.  You only get one pair of feet so look after them.