Paintball Guns for Self Defence

Paintball Guns For Self Defence

Another very effective Non Lethal Weapon that's available to all over 18s in the UK, is the Paintball Gun, or Paintball Marker as they are known by anyone who takes part in paintballing.

Using Paintball Guns For Self Defence

These guns are by no means toys and can do some serious damage.
They would certainly deter someone from trying to force entry to your home and take your prepping supplies.

Even a half decent paintaball gun is very capable of sending out a projectile at a rate of 300 feet per second. That's a speed of over 200mph..!

For anyone who either cannot or doesn't want to get a FAC license to own real gun, the paintball gun offers a very good alternative as a non lethal self defence weapon.

It is non lethal and assuming you have sufficient time and distance between yourself and your attacker, a few rounds fired at an attacker face will be good enough to ensure you have time to escape unharmed.

A paintball itself will generally hurt a bit. if your attacker has thick clothes on, then a lot less. But in a SHTF situation I would not even consider aiming at the body. Instead the face is the most exposed and this is where the damage will be done.

If you have ever been hit by a paintball, even at 25 metres, and on bear skin, it will hurt, a lot.

Now bear in mind even a half decent paintball gun is capable of 30 shots per second on full auto, having that amount reign down into your face is real bad news.

An attacker would not keep coming forward, I guarantee you that.
Regardless of how much adrenaline fuelled anger they had inside them, 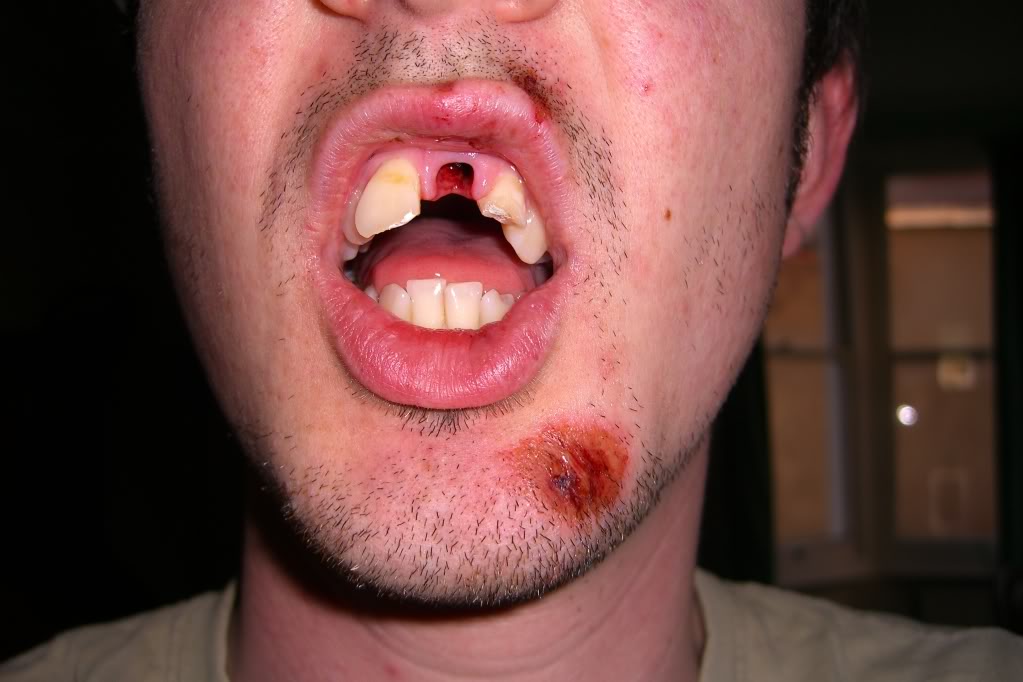 What are the laws for paintball guns.

You have a choice of three main types of survival paintball guns and all will do a specific job of helping defend yourself, your property and your survival supplies. All are legal to own and keep within your own home.

You can take a paintball gun out into the public providing it is broken down into three main parts and stored in a bag - the three parts being the gun body, the paintballs and the propellent bottle [Co2 etc] With these three parts separated it is not possible to fire the gun.

You must also have a valid reason to be carrying the paintball gun - going to or from a paintball site or tournament is about the only acceptable reason.

What Survival Paintball Guns are available for preppers.

If you think a paintball gun is a toy - think again - these are photos of the immediate damage that can be done.

They DO hurt a lot and you certainly wouldn't stand around if someone fires a quick blast of 20 at you.

Also bearing in mind that some of these paintball guns are semi or fully automatic and as a result of that, they can fire a serious rate of balls per second.

, these are still .68 caliber and will fit a standard paintball, but will cause a lot more pain and damage if fired at a person.

Obviously I do not recommend anyone trying these, but we are talking prepping in a world where law and order might be non existent. From that perspective a paintball gun is an ideal self defence tool to have around.

So, to comply with the UK law on unlicensed gun ownership,

The Paintball Gun is a definately worth considering for SELF DEFENCE for any UK Prepper.

What is the best Survival Paintball Guns to choose -